We have gathered the best machine learning frameworks in the market along with the concise description to give you a better idea of what to choose in accordance with your personal preferences and needs.

Simplicity combined with fantastic flexibility make TensorFlow the favorite framework among such gigantic companies as Google, Twitter, Coca Cola, Linked In, eBay and others.

Using TensorBoard allows visualization and spotting out problems very easy even for absolute beginners in deep learning, whereas TensorFlow Serving tool is capable of deploying new algorithms and integrating them with different models.

Today, Keras is not only among the top fastest growing libraries for deep learning, but it is also a high-level neural API network, written in Python which can run on top of TensorFlow, CNTK, or Theano back-end.

Keras is simple in use for quick prototyping and lightweight. The primary application of Keras is similar to TensorFlow and includes the following: text generation, summarization, translation, classification, tagging, speech recognition and more.

When it comes to building a deep learning neural model, you might consider using Keras, the main beauty of which lies in possibility of combining multiple layers.

PyTorch framework is one of the newest and yet, it has already become popular for its dynamic computational graphs, which are very useful while working with text. Consequently, it is also perfect for rapid prototyping for academic or small-scale projects.

Other cool features of PyTorch include efficient memory usage, great GPU acceleration and a possibility to use the Facebook visdom package for visualization.

The framework is integrated with Python, has an extensive documentation along with official books and resourceful guides. The disadvantages of PyTorch are usage of the Lua programming language and absence of automatic differentiation built-in.

Theano is used to be one of the most popular deep learning libraries, however starting from Septemper, 2017 it was announced that all further developments would be ceased. Even though the last release was 1.0, the library is still very powerful and functioning until today.

DeepLearning4J (DL4J) is an Apache 2.0 licensed, open-source neural framework, the key feature of which is Java programming language.

DL4J aims for solving problems with large amounts of data very in quite short time period.

Originally this framework was adapted to commercial purposes and therefore it will be useful if you need to get together the entire Java ecosystem to implement deep learning.

Microsoft Cognitive Toolkit become popular for fine combination of most common model types across servers as well as for easy training. It is a unified deep learning framework that translates neural networks into a series of computational steps through a directed graph.

It is frequently compared to Caffe and it is also supported by Python, C++ and the command line interface. Yet, unlike Caffe, you don’t need to implement new complex layer types. On the contrary, you can process handwriting, recognize speech problems and handle images owing to RNN and SNN types of neural models.

Apache MXnet is well known for its efficiency and flexibility, as it allows mixing symbolic and imperative programming.

It is supported by Python, R, C++, and Julia, while the backend is written in C++ and CUDA. The main advantage of this deep learning framework is that you can code in different programming languages without necessity of learning a new one. Furthermore, MXNet has LTSM networks together with RNNs and CNNS.

If you need a reliable framework for handwriting and speech recognition, imaging and forecasting along with NLP, then MXNet may be your choice.

Caffe is supported by C, C++, Python, MATLAB and the command line interfaces. Speed, ability to access other networks available from the deep net repository as well as solving image processing problems while modeling CNNS are the main advantages of Caffe.

Visual recognition is another strength of this framework, although fine-granular network layers (like in TensorFlow or CNTK) are not supported.

Also, the language modeling and general support for recurrent networks need to be executed in a low-level language, what can complicate the task for the users. On the other hand, if you have a mobile app running on openCV and you need to deploy a neural network based model, Caffe will be a great tool to help.

Caffe2 was developed on the base of Caffe but with a higher speed, better expression and modularity. Caffe2 is also supported by Facebook.

The users who need production deployment will appreciate the design of this framework.

Another interesting news is that Pytorch has been merged with Caffe2 not long time ago.

Torch is also called Torch7 and was  designed for research and development into deep learning algorithms. Facebook AI lab has also contributed to its development.

Torch is equipped with CUDA together with C/C++ libraries for processing. It is widely used by such world leaders as Twitter, Facebook and Google.

The key advantages of Torch are high level of flexibility and ability of scaling the building models production.

This was a short review of most popular frameworks and their pros and cons.

And last, but not the least, it’s worth mentioning another hint for using these deep learning networks more effectively. If you are willing to speed up your work with AI and deep learning frameworks, it’s highly recommended to consider using powered multi-GPU dedicated servers to accelerate the process.

For instance, FlyElephant provides access to the servers with up to 16 GPUs per server for a reasonable pricing. Another beauty of FlyElephant platform is that it ensures all-in-one automated workflow. Having a root access you will be able to control the computing power of the whole platform without virtualization or sharing. In other words, multi-GPUs will drive your applications with impressive speed. At the same time, you will pay only for what you are leasing in accordance with your needs. You can find more details about FlyElephat platform here.

Get the latest posts delivered right to your inbox 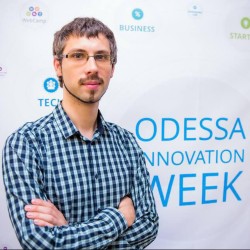 Read more posts by this author.

FlyElephant will be tempered by Access2Europe acceleration program to offer its services to a Spanish market.

We see a world where everything computes and what’s next is extraordinary.It’s a world where technology, apps and data are driving digital transformation, reshaping markets and transforming how we live

Stay up to date! Get all the latest & greatest posts delivered straight to your inbox